Bailey has been in the fitness industry for the past 5 years, joined the team at Ascend Fitness + Lifestyle in November 2020. As a Personal Trainer and Group Fitness Instructor, he has led almost 1,500 workouts and workshops. He loves serving people and helping everyone win the small battles in life.

He has been an athlete his entire life. Growing up, he started by playing Hockey but wanting to grow as an athlete he started playing Football, Baseball, and even Ultimate Frisbee. While a part of Team BC Ultimate he suffered a knee injury. During rehab, he also injured both ankles (if you listen carefully, you can hear both ankles crack as he walks around the studio). After the injury he felt defeated and stopped rehab, exercise, and health in general. Then the opportunity to run group classes at a trampoline park sparked that love for fitness once again. After he started the rehab process, he focused on returning to organized sport. In 2019 he earned a spot on the Canadian Junior Football League’s Valley Huskers.

He moved to Chilliwack October 2018 with his beautiful wife Tabatha, and dog Charlie. He is very thankful for the experience that led  to this point and is very excited for this new beginning at Ascend Fitness + Lifestyle. 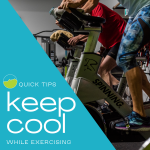 I Can Wear My Wedding Rings Again!