Bhavjeet Dhaliwal is a Kinesiologist specializing in exercise science and human movement. He graduated from the University of the Fraser Valley with a Bachelor of Kinesiology.

Growing up, Bhav developed a passion for health and fitness. He played competitive soccer for 10+ years and enjoyed the process of pushing himself to become a better athlete. Bhav’s love for movement and curiosity for the science of exercise and rehabilitation led him to pursue a major in Kinesiology.

While striving to be a better athlete, Bhav repeatedly suffered countless injuries throughout his time playing soccer. Re-injuring his left hamstring on multiple occasions kept him from playing the sport he loved. Not being able to play soccer at the same level of performance he once did, he decided to shift his focus to learning more about the human body and developed a passion for weight training.

Ultimately, these experiences taught Bhav the importance of patience and active rehabilitation. He understands how crucial it is not to return to sport too early following an injury and recognizes the importance of exercising with correct form and technique.

Bhav uses the knowledge gained from these experiences to assist others in attaining their fitness goals, whether that be for health or for athletic performance. He is excited to be a part of the Ascend team and is looking forward to his journey with Ascend. 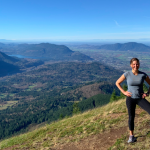 We have the power, in any moment, to choose a new way of thinking 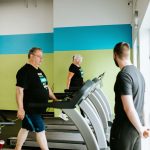 Do this when you don’t want to workout 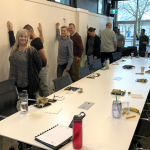 5 Habits to boost your energy