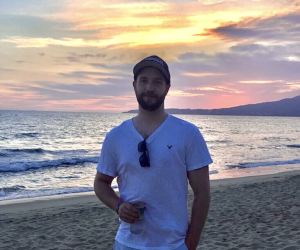 Chase McKenzie is a Bachelor of Kinesiology graduate from the University of the Fraser Valley, BCAK member, and Medical Exercise Specialist. He joined the Ascend team in late 2016.

Growing up, Chase was always interested in sports and was fortunate enough to play hockey and rugby throughout his youth. In his later years of high school, he developed a passion for long distance running. Ultimately, it was this prolonged enthusiasm for running combined with an interest in science and the human body that drove him to selecting Kinesiology as his major.

His journey was not without its share of hardships. Before starting his career in Kinesiology, he pursued an opportunity working in trades. The job was extremely demanding from a physical standpoint, but he still enjoyed the work. The downside was that he developed several injury symptoms, including severe lower back pain. When his back reached its worst state, it became clear that he’d have to move on. The only way to do that was to start applying his education. He left his job, started working on his core, and eventually his pain and outlook improved.

Those experiences helped his development as a coach at Ascend.  He understands the pain of suffering serious musculoskeletal pain, and how bleak it can make everything seem. He also understands that there is always hope – with the right plan and support, any situation can be improved. For this reason, Chase has made injury rehab and prehab one of his specialties. He loves to offer guidance to people who are in similar situations to the one he was in.

His favorite parts about working at Ascend are the environment, the community, and the fact that as a coach, there are so many diverse areas to help people with. Ascend is so much more than an average gym where people lift weights and go home. Ascend focuses on the complete picture of healthy living. To be in an environment where things like mindset and nutrition are a priority is exciting and unique. The overall feeling here is positive, non-judgmental, and inviting.

The Most Common Nutrient Deficiency in North America

The Warm-up: One of the Most Underrated Parts of Your Workout